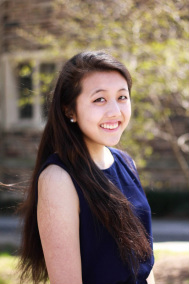 I'm an ORFE major from San Francisco interested in health IT and global health. I joined AASA to learn more about the Asian American identity and have since become fascinated by the complex range of historical, gender, and socioeconomic issues confronted by Asian my brethren and sistren in these great United States. As political projects chair and a member of the Asian American Studies Committee, I hope next year AASA can play a greater role in facilitating a larger conversation about race and power on campus while educating ourselves about the rich history and diverse status quo of Asian America.

Outside of AASA, I'm involved in GlobeMed, the Prince Design Team, and Engineers without Borders.
Powered by